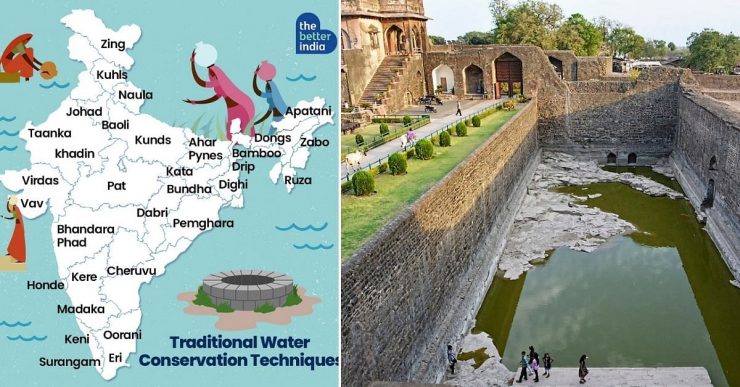 Water is one of the most essential and invaluable resources of nature we cannot live without — this is a phrase that in one form or another we all have heard countless times. We are also aware that much like the other gifts of nature, this too is not unlimited.

And yet, we continue to struggle to let this fact percolate into our conscious minds. From the waking moment in front of the bathroom sink where the tap runs constantly as we brush away the morning blues, to the millions of tonnes of impurities that are daily discarded into the water bodies, our actions continue to disregard the fact that water is indeed a limited resource.

Corroborating this, a NITI Aayog report had stated that 600 million people in India, which is almost half its population, face extreme water crises every day. The situation is so bad that almost three-fourths of India’s rural households have to rely on surviving on dirty polluted water as they have no access to piped potable water in their homes.

In this situation, water conservation is the only way to avert impending doom. However in pursuit of solutions to bolster our future, one must look back into the past where earlier civilizations have battled similar, if not the same, challenges around water scarcity.

From floods to droughts, one can find an array of eco-friendly and sustainable traditional methods of water conservation in the pages of history, that have not only saved millions of lives but have also stood the test of time. Almost every region in India is blessed with these homegrown water harvesting and conservation techniques that are tailored to fit the unique geographical and cultural needs of the place and the community inhabiting it.

This World Water Day we pledged to delve into the pages of history and highlight some of the significant sustainable water conservation methods practised in India.

Prevalent in South Bihar, Ahar Pynes are traditional floodwater harvesting systems that work as reservoirs to cut the flow of water and store it for irrigation and other purposes. These reservoirs are made with embankments on three sides that are situated at the end of diversion channels.

These diversion channels known as pynes are artificial rivulets that are extended from rivers to collect water and channel it to the Ahars for irrigation during dry months. In a state that is largely known for its agricultural contribution, especially paddy cultivation, this technique of using Ahar Pynes is exceptionally useful in low-rainfall areas.

Practised by the Apatani tribes of Ziro, in Arunachal Pradesh, the Apatani system is used to harvest both ground and surface water for irrigation. In this system, valleys are cut into terraced plots separated by 0.6 meters high earthen dams that are supported by bamboo frames.

All of these plots have an inlet and outlet on the opposite sides. Deeper channels are also created that connect the inlet point to the outlet point, so that the terraced plots can be flooded or drained off with water simply by opening or blocking these inlets and outlets, as per requirement. This method of water harvesting is still used in the rural parts of the state, especially in wet rice cultivation and fish farming.

A slightly more well-known traditional water harvesting method, Baolis were intricate structures built by the royal families and nobles to help the common people and improve civic welfare. These were considered to be secular structures that allowed everyone irrespective of caste, class or religion, to draw water for personal usage.

Stepwells with intricately carved motifs and arches, and sometimes even rooms on consecutive sides, Baolis were either built in central points of villages or trade routes. While the former also served as a place for social gatherings and meetings, the latter was meant to provide a safe and cool resting place for travellers and merchants. Some of these Baolis, built exclusively for agricultural purposes, also had a robust drainage system to channel all the water directly into the fields.

Another water harvesting method employed in a sloppy area, Cheo-ozihis can be found in parts of Nagaland, especially the Angami village of Kigwema where the river Mezii flows. A long channel named Cheo-ozihi, made out of bamboo is constructed and connected to several sub-channels that navigate the water’s flow from the river into the terraces where the cultivation is done. While ozihi means water, cheo means the person responsible for constructing and laying the 8 to 10 km long channel along with its sub-branches. Most of the terraces in Kigwema and the neighbouring villages are irrigated using the Cheo-ozihi channels.

A traditional water management system in South India, the Eri tank system is predominantly practised in parts of Tamil Nadu. Almost one-third of the total irrigated area in the state is watered by the Eri tanks.

One of the oldest water management systems in India, it acts as a flood-control system that also prevents soil erosion and runoff water wastage, especially during heavy rainfall, which is a recurring occurrence in the present times. Additionally, Eris also recharges groundwater.

There are essentially two types of Eris, one that is system Eri, fed by channels to divert river water, or the other being non-system one which is entirely fed by rain. These tanks are all interconnected and enable access of water to the farthest of villages, thus maintaining a balance in the water level, in case of excess supply through floods. This system allows for a sustainable solution to use the river water for cultivation and without it, paddy cultivation in the state would have been impossible.

From the Indus Valley Civilisation, Chanakya’s Arthashastra that mention water harvesting systems to the Grand Anicut of Kallanai built across river Cauvery by the Chola king Karikala — there are countless successful examples of water conservation methods all across the pages of history. All one needs to do is to take initiative, look back, learn and re-create sustainable solutions for the future.