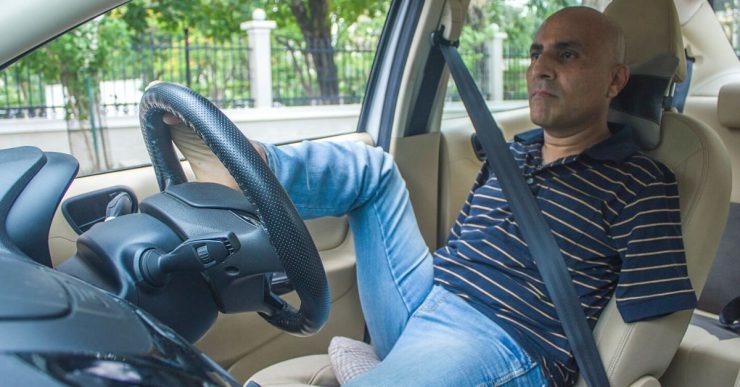 “Make yourself so empowered that you take charge of your own future and your own destiny,” says Vikram Agnihotri.

Ever since he lost his arms at the age of seven, when he was electrocuted, this has been his general attitude towards his disability. Today, he is a popular car racer, swimmer, football player, and motivational speaker. He is also India’s first amputee to get a permanent driving license, which he received after a 15-month long battle.

“My parents never broke down in front of me and made me do all those things that any other person could do,” he told Local Samosa.

His parents sent him to a regular school with his brother instead of a special one, and encouraged him to play with the other kids who made him feel welcome instead of helpless.

During those early years, an acquaintance once told him that he could carry out daily activities with his legs. Irritated by the thought at first, he soon began to implement it in order to be self reliant.

In 2014, he also started Vital Spark Welfare Society, a foundation to help other people through motivational talks. He provides workshops, lectures, and training modules for all types of audiences, from school children to corporates.

Watch how Vikram attained many firsts through his life: