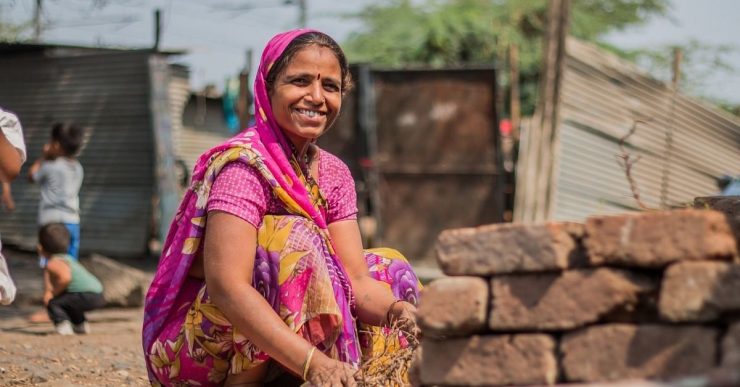 This article has been sponsored by Astra Zeneca.

When Asha Devi got the news of her pregnancy, she was overwhelmed with joy. The moment of celebration, however, soon began to fade, when after four months the doctors found a tumour in her uterus.

“My world came crashing down hearing that news. I was so scared that I would lose my baby and my life. But, the doctors confirmed that it wasn’t cancerous and that its timely discovery increased our chances of survival,” says Asha, a resident of Tikri village, in Varanasi, UP.

While her medication continued during the pregnancy, almost seven months after the delivery, she finally underwent an operation to remove the tumour. As scary as this experience was, it was also a teaching moment for not just Asha, but all her acquaintances, especially women.

Women in Indian households, especially in rural areas often have a secondary approach towards their health. And Asha was one among many such women who would always think twice before visiting a doctor for her ailments. For her, the family always came first.

“Growing up, most women are taught to put their family’s needs before their own but we need to remember that if we are not well, who will take care of our families. That experience was a wake-up call for me. If my tumour was not discovered at the right time, it could have become cancerous and put us at risk. Early detection gave me the second chance at life and taught me the importance of seeking medical help at the right time,” adds Asha.

However, beyond the social norm, it is also a matter of access that limits women from seeking medical assistance, points out Pooja Devi, another resident of the village.

“A lot of times women don’t go to the doctor thinking that the fees and treatment cost would be too much. It is not like we don’t want to go, it is just that we cannot sometimes,” she says.

These are two of the many reasons why women in India are at a high risk of cancer. In a country that bears a burden of around 2.7 million cases of cancer, 1.3 million are new ones diagnosed each year. And out of that, almost 600,000 cases are of women suffering uterine cancer. If this trend continues, by 2040, the number of women with uterine cancer will be a staggering 1 million cases. This included, the real cancer incidence in India would go even higher than the present 1.4 million, which is already the world’s third-largest.

But early detection is an answer to this woe, one that a global pharmaceutical company AstraZeneca is trying to bring to rural India through its Ganga Godavari Cancer Screening programme.

“One of the biggest challenges was to bring these women out of their homes and talk about a topic that they generally deprioritise and ignore — their health. We could provide the information and mobile buses to come to the screening centres but that would come after they have been convinced and the social perspective towards women’s health was changed. So, for this we were helped by local partnerships with volunteers and organisations who established connections and built trust with the women, empowering them to open up about their health and seek help when needed,” says Gagandeep Singh, Managing Director of AstraZeneca India.

Regional Cancer Centre in Thiruvananthapuram, Banaras Hindu University and Adyar Cancer Institute in Chennai are some of the local partnerships that have enabled the program to improve its community outreach.

Aimed at pushing the boundaries and helping improve access to quality healthcare in rural India, this programme is providing free cancer screening facilities in the remote corners of the country. It envisions to supplement the Indian Government’s initiative, Ayushman Bharat Health and Wellness program of early screening and diagnosis for oral, breast, and cervical cancer in women over the age of 30.

Primarily focused on oral, breast and cervical cancer, this programme hopes to build a community behaviour of women towards screening of various types of cancer and they are doing so in association with the Indian Cancer Society and Charities Aid Foundation. Conducted through free screening camps for women, this initiative focuses on building early cancer screening and awareness among women, especially in areas where healthcare facilities are limited.

From early screening, awareness through educational activities, cancer hospital referrals to a meticulous treatment follow-up structure, this program is providing these women end-to-end support in battling and surviving this life-threatening disease.

In operation since 2019, the Ganga Godavari Cancer Screening programme set up 76 such screening camps to date benefiting over 4,000 such women, out of which 200 women were detected early and referred to hospitals for further treatment. In totality, it has impacted over 2.3 million lives of women and their families and by 2024, they hope to touch the lives of 5 million people.

“Early diagnosis is the only way we believe in intervening and helping stop the progression of this dreaded disease. Our goal is to create an impactful model that can be an example for other organisations across the country. We want to share this knowledge and enable the replication of this programme so that more and more women can benefit from it,” says Gangandeep.

On a grassroots community level, the impact has already begun to show as women like Asha and Pooja, who have been to the screening camps have transformed into agents of change inspiring other women from their neighbourhood villages to get checked and prioritise their health. This programme is now all set to expand in Rajasthan, Assam and Jammu and Kashmir.