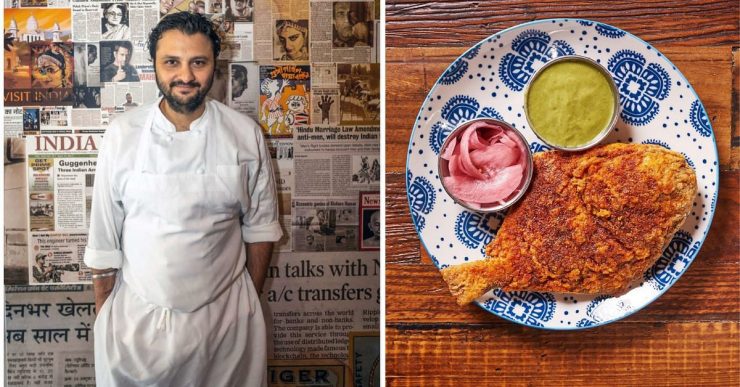 Desi cuisine has often pleased palates around the world for its burst of flavours. And things are no different at Chintan Pandya’s restaurants in New York.

The world-renowned chef began his culinary career in Mumbai. A love for Indian cuisine and traditional recipes coupled with the desire to explore the country’s food preferences caused Pandya to be a success.

Following eight years of this, he got an opportunity to work for a fine dining restaurant in New York — Junoon.

However, it was his other restaurant ‘Rahi’ that made the news. Opened in 2017 with restaurateur Roni Mazumdar, Rahi is known for its authentic cuisine.

It’s a hub for the locals to experience a unique blend of flavours and spices in the range of dishes. Along with this, Pandya also has two more restaurants to its credit — Adda Indian Canteen and Dhamaka.

The menus at these are curated with one aim in mind, which is to give America a taste of India.

While Rahi focuses on upscale Indian cuisine, at Adda one is treated to what customers describe as ‘excellent and mouthwatering’ biryani. If you are a fan of Indian street food or rustic cuisine, Dhamaka is where you will find some delights.

Gorge on some chicken kofta with spicy coriander chutney or let a vada pav work its magic on you. What makes the menu stand out is that Pandya has even added some of his favourite dishes that were reminiscent of his life in Mumbai. These include begun bhaja and fried pomfret among others.

For Pandya however, the secret behind these dishes is simplicity. “My food philosophy is to keep things as simple and as nostalgic as possible,” he told MoneyControl. “The food at Dhamaka transports people to some place in India while still being in America.”

Here’s a look at how Chintan Pandya had America cheering for desi cuisine.