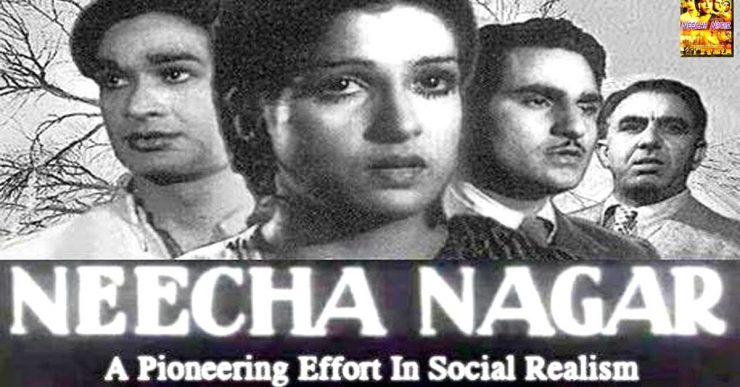 As we approach the world-renowned Cannes Film Festival later this month between 17 and 28 May, which will take place in France, cinema aficionados across India will be looking forward to their favourite films and celebrities making an appearance. Over the years, Indian films have made their mark on this global platform.

Last year, it was independent filmmaker Payal Kapadia’s ‘A Night of Knowing Nothing’, which won the Oeil d’or (Golden Eye) award for best documentary. Going back further, the Irrfan Khan-starrer ‘The Lunchbox’ (2013) won the Critics Week Viewers Choice Award, also known as Grand Rail d’Or in 2013, while director Mira Nair won the Camera d’Or (best first feature film) and the Audience Prize at the Cannes for ‘Salaam Bombay’ in 1998.

After all, the Palme D’or was introduced only in 1955. Here’s the story of this remarkable film.

In his autobiography, legendary stage and film actor Balraj Sahni recalls the first time Chetan Anand spoke about his plans to direct a film back in 1943 in Bombay (Mumbai).

“You know, I am not at all keen on acting. What I want to do is to make a realistic and purposeful film. I have decided to call it Neecha Nagar. I shall show in it the economic struggle waged by the different classes of our society and I am not going to make any compromise with the box office. In fact, right now, I am working on its scenario,” Anand told him.

Both Sahni and Anand were members of the nationwide Indian People’s Theatre Association (IPTA), a left-leaning cultural organisation which had a tremendous influence on early Indian cinema. With other alumni including actor Prithviraj Kapoor, filmmaker Bimal Roy, poet and lyricist Sahir Ludhianvi and film music composer Salil Chowdhury, the IPTA sought to promote themes related to the Indian freedom struggle while also attempting to bring about a cultural awakening among Indian masses through art stepped in social realism.

One of Neecha Nagar’s co-writers, Khwaja Ahmad Abbas, had once written a letter to MK Gandhi back in 1939 pleading with him to “give this little toy of ours, the cinema, which is not so useless as it looks, a little of your attention”. Inspiration for the film, however, came from the film’s other co-writer, Hayatullah Ansari, founder of the Urdu daily Qaumi Awaz, who wanted to adopt Russian dramatist Maxim Gorky’s 1902 play ‘The Lower Depths’.

Shooting for the film began in 1945 on a shoestring budget backed by producers Rashid Anwar and Chetan Anand, who was also a director. This was a year when the freedom movement was hitting a crescendo and nationalist sentiment was deeply felt among masses of fellow Indians.

The plot of the film is rather straightforward and an allegory for British colonial subjugation. Sarkar (played by actor Rafi Peer), an articulate industrialist who lives in a palatial estate, wants to construct a housing project on low-lying swampland. To achieve his goals, Sarkar plots to drain the swamp and divert its water through a sewage line that flows into the low-lying ‘Neecha Nagar’, where the poor live. Quite naturally, the village rises in protest. Sarkar breaks their unity through time tested methods like bribes and threats, amongst others.

Thanks to the toxic waste that now flows through their village, an epidemic breaks out. With no options left, the helpless villagers are compelled to visit a new hospital constructed by Sarkar. Balraj (Rafiq Anwar), a college-educated man leading the campaign against Sarkar, is having none of it and asks people to boycott the hospital even if it means losing their loved ones. Although there is no direct reference to the British, everything about the movie points towards an indictment of British rule from the ‘brown sahib villain’ with a name like ‘Sarkar’ (meaning government), a hero ‘Balraj’ who wears a Gandhi cap and advocates non-violence and a scene where many torch-carrying protests came together in formation to depict a rough map of India.

In addition to the actors mentioned above, the likes of Zohra Sehgal, who had a small part, and legendary sitarist Ravi Shankar, who composed the film’s score, made their cinematic debuts. Following Partition, Rafi Peer returned to Lahore and started his theatre workshop.

Despite critical appreciation, the film’s commercial fortunes suffered. As per some accounts, it was on the insistence of former prime minister Jawaharlal Nehru that the distributors released this film. Perhaps the audience wasn’t invested in the story or many were put off by the popular yet misleading notion that this was an ‘art film’ even though it was for the masses. Some accounts even suggest that the producer left for Pakistan after Partition and thus the film bore the brunt of the heated political climate.

In short, the film was a commercial failure. Chetan Anand, the film director, wouldn’t find work until his younger brother Dev Anand made his mark as an actor, following which they launched Navketan Films, a production company. Even then their first two films flopped before their first commercial hit came with ‘Taxi Driver’ in 1954. In the meantime, the reel for Neecha Nagar went missing while its negatives were burnt down in a fire. The reel was only found years later at a junk shop in Kolkata by Satyajit Ray’s cameraman Subrata Mitra, who bought it for just Rs 100 and saved it for posterity by depositing it at the National Film Archives of India.

Today, the movie is available on the streaming platform Mubi. Cinema aficionados can watch the film and appreciate the work it did in promoting Indian cinema on a global scale.

‘Chetan Anand: The Poetics of Film’ written by Ketan Anand and Uma Anand (2007)

‘Risen From The Depths’ by Uday Bhatia, Published in May 2013 courtesy The Big Indian Picture

‘Cannes Film Festival: 9 Indian films that won big at the festival over the years’ by Kaja Mathur, Published on 25 April 2022 courtesy GQ India