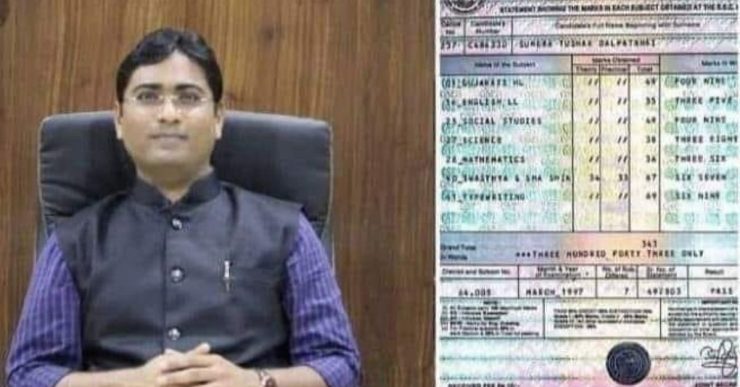 The Class 10 mark sheet of IAS officer Tushar Sumera of the 2012 batch has gone viral on Twitter because of the low marks he scored. He received 35 marks in English, 36 in Maths, and 38 in Science.

However, this didn’t deter him from achieving his goals and becoming an IAS officer. He is now the district collector of Bharuch, Gujarat.

The mark sheet was shared by another IAS officer, Awanish Sharan, of the Chhattisgarh cadre, and first posted by motivator Shailesh Sagpariya.

“Bharuch Collector Tushar Sumera, while sharing his class 10th mark sheet, wrote that he secured only passing marks in class 10th. He scored 35 marks in English, 36 in maths and 38 in science out of 100. The whole village and his school said that he would not do anything [in life],” the tweet read.

The mark sheet has sparked a conversation about academics and many students are drawing inspiration from his determination and journey.

Sumera claims that to clear the UPSC he prepared for English and Maths through self-study. Reportedly, Sumera graduated in Arts and worked as a school teacher before securing all India rank (AIR) 342 in the 2012 UPSC batch.

“Sagpariya knows me and he has been giving my example to students often that how with hard work one can overcome the limitations. This time he asked me to provide an image of my Class 10 mark sheet in which I got the least marks in two important subjects,” Sumera told TOI.

Complete list of UPSC Civil Services toppers; published by Times of India in 2012