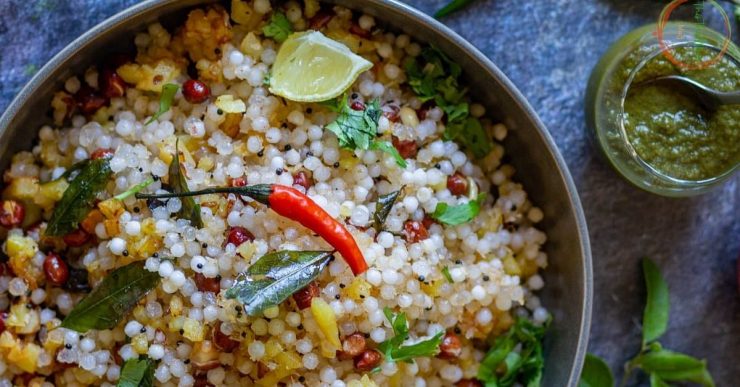 There’s nothing that screams Chaitra Navratri than a soulful bowl of Sabudana khichdi paired with sweetened curd. A true comfort food consumed in several parts of India, especially during the Chaitra Navratri festival as a ‘vrat’ or ritual fasting meal, this delish version of khichdi is truly a humble delicacy.

Following a strict no garlic and onion base, its recipe is simple and quick to prepare and is wholesome and filling without even the addition of lentils. Although the debate around Sabudana being a superfood has been ensuing for some time, it is the complex textures found in the khichdi — the soft mouth-melting gelatinous pearls paired with the kick of green chillies and crunchy roasted peanuts that make this dish a superior culinary indulgence.

But, beyond the complex flavours, textures and ritualistic significance, Sabudana has a long winding history of saving millions of lives and becoming a sole source of sustenance in situations of great crisis.

A journey from Brazil to Kerala

Although almost everything prepared with Sabudana is hassle-free, quick and tasty, it is the preparation that goes into making the raw ingredient that is tedious and strenuous. A product extracted from the tapioca or cassava root, the first step to making Sabudana involves cleaning and crushing the root to release a white milk-like substance.

This liquid is then set out to rest for a few hours, before being filtered for any impurities. Once the impurities are drained out and the liquid is of a thicker consistency, it is shaped into mini globules with the aid of a machine. The next step is to prepare the globules by either steaming, roasting or drying them. These are sometimes even polished to achieve a pristine milky-white colour at the end of the process.

However, while many of us associate the consumption of Sabudana with central and northern parts of India, its introduction to Indians can be traced back to South India, specifically Kerala. But how did the tapioca tuber whose origin is rooted in Brazil come to be a staple in a South Indian state?

According to history, it happened back in the 1800s, after a great famine hit the erstwhile kingdom of Travancore. Ayilyam Thirunal Rama Varma was the ruler of the kingdom at the time and with the help of his brother and successor Visakham Thirunal Maharaja, he adapted several measures to minimise the impact and help the people cope with the famine. One such measure was the introduction of the starchy tuber as an alternate source of food to revitalise a starving population.

Vishakham, the king’s youngest brother was a botanist and it was his discovery of the properties of tapioca that helped Travancore survive the wrath of famine. Yet even in a state of such chaos, people were hesitant to embrace this foreign root into their diet, fearing it to be poisonous. As a remedy to this, king Vishakham, post his succession, issued instructions to have tapioca cooked a certain way and served to him as part of the royal meal, to raise awareness and instil confidence about its safe consumption. According to these instructions, tapioca had to be thoroughly cleaned and boiled, and the water to be discarded, before repeating the entire process. This was to ensure that the end product, colloquially known as kappa, would be free of its naturally bitter taste.

Later, tapioca also became a reliable and nutritious source of sustenance for people suffering in the aftermath of the Second World War. At a time when rice has become an expensive food, people would rely on kappa to be the staple in their meals, a practice that continues today in traditional Kerala cuisine.

Over the years, while kappa multiplied in popularity, it was only years later that Sabudana became a commonplace food in India.

While the introduction of kappa in India took place in Kerala in the 1800s, it was only in 1943 that the first units of crude Sabudana came to Salem, Tamil Nadu as part of an import from Southeast Asia. Also known as sago, Sabudana has been a crucial ingredient in Chinese cuisine for over thousands of years but came to India less than 80 years ago.

Once Indians came to know of these pearl-like milky white globules that swelled up when soaked overnight and could be used to make a plethora of delicious dishes, there was no looking back. With the addition of potatoes, spices, herbs, peanuts, milk, jaggery, dry fruits and sugar, Sabudana began to be prepared in many forms, from delish khichdis, crispy vadas, crunchy papads to luscious kheers or payasams.

One of its unique properties that contributed to its popularity was the fact that any dish prepared with Sabudana was not only tasty and filling, but also airy and light, making it the perfect antidote for hot and humid summers experienced in many regions of the country.

In terms of nutrition, while many would argue that the lack of protein and high carbohydrate content is a letdown, others suggest that it could be a beneficial addition to one’s diet, especially for women. Integrative Nutritionist and Holistic Life Coach, Karishma Shah wrote in a publication that despite Sabudana being a complete form of starch when planned correctly with a proper proportion of fibre, fat and protein, it can help create a complete meal, one that leads to satiety in women.

“A lot of women suffer from lack of satiety level when they have hormonal issues or when they reach menopause. Sabudana khichdi is suggested because it is prepared using a lot of things, making it a complete meal packaged with carbs, starch, protein, fibre etc,” she told the publication.

It is also great for the gut and digestive health. However, it shouldn’t be used on a daily basis, the nutritionist suggested. “It is very high in calories so eat only once or twice a week, in the correct proportion.”

According to nutritionist Nmami Agarwal, one food is not enough to balance your health and hormonal issues. “Sabudana will definitely help you but it’s not enough. Along with it, you also need to consume a well-balanced diet to ensure you reap the benefits of sabudana,” she told indianexpress.com.

Additionally, to make up for the lack of protein, in Kerala, kappa is also consumed with fish curry among other meats. Its milky-white pearl-like byproduct however is largely known to be a good source of carbohydrates and calories for vegetarians.

While its close cousins, the boba — dark and sweet globules used to make Boba tea, or the Cassava flour are making their mark internationally, Sabudana is yet to receive global acclaim. Until they become the next big thing, let’s cherish and enjoy our desi version of humble Sabudana khichdi and vadas.