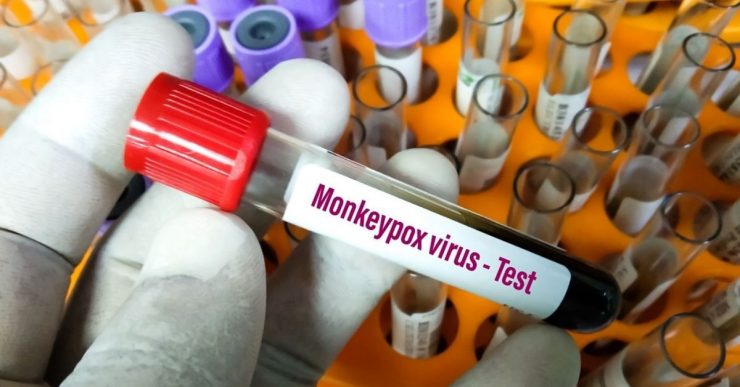 On Thursday, India recorded its first case of Monkeypox in Kerala. The case was reported in a traveler from the United Arab Emirates (UAE) who arrived in the state on 12 July. Kerala Health Minister Veena George confirmed the case and said that the patient is “quite stable” and that “vitals are normal”.

A Monkey Pox positive case is reported. He is a traveller from UAE. He reached the state on 12th July. He reached Trivandrum airport and all the steps are being taken as per the guidelines issued by WHO and ICMR: Kerala Health Minister Veena George pic.twitter.com/oufNR7usLN

So far, 11 primary contacts of the patient have been identified, including his parents, the taxi driver who took him from Trivandrum to Kollam, and the passengers on the flight who were next to him.

The team will include experts from the National Center for Disease Control (NCDC), Dr RML Hospital, New Delhi, and a senior official from the Ministry of Health, along with experts from the Regional Office of Health and Family Welfare, Kerala.

According to the Health Ministry, Monkeypox (MPX) is a viral zoonotic disease with symptoms similar to smallpox, although with less clinical severity. It was first discovered in 1958 in colonies of monkeys kept for research, hence the name.

According to the US Centers for Disease Control and Prevention (CDC), symptoms can include fever; headache; muscle aches and backache; swollen lymph nodes; chills; exhaustion; and a rash that can look like pimples or blisters, and appears on the face, inside the mouth, and on other parts of the body, like the hands, feet, chest, genitals, or anus.

What steps is the Union Government taking?

Here are the steps being taken by the government to ensure fast detection of the virus:

1. Orientation and regular re-orientation of key stakeholders — health screening teams, disease surveillance teams, doctors, etc. It also said that it will carry out contact tracing and other surveillance activities in the detection of a case.

2. Screening and testing of all suspected cases at points of entry, and within the community

4. Intensive risk communication directed at healthcare workers, identified sites in health facilities, as well as the general public, about simple preventive strategies and the need for prompt reporting of cases

5. Identification of hospitals and adequate human resource and logistic support

#Monkeypox |Union Health Secretary Rajesh Bhushan writes to Additional Chief Secretary/Principal Secretary/Secretary (Health) of all States/UTs, reiterating some of the key actions that are required to be taken by all States/UTs in line with MoHFW’s guidance issued on the subject pic.twitter.com/fb7jdZPz8U

On 12 July, the World Health Organization (WHO) said that there are 9,200 cases in 63 countries. They plan to convene a second emergency meeting to decide if Monkeypox is a global health threat.

“The Emergency Committee for monkeypox will reconvene next week & look at trends, how effective the counter-measures are and make recommendations for what countries and communities should do to tackle the outbreak,” said Dr Tedros Adhanom, director-general of WHO.

He added, “I again stress that we must work to stop onward #monkeypox transmission and advise governments to implement contact tracing to help track and stem the virus as well as to assist people in isolation.”