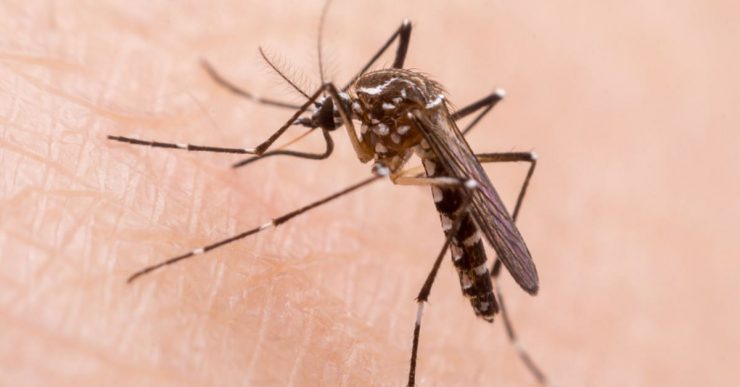 Vector-borne diseases (VBD) account for over 17 per cent of all infectious diseases and cause more than 7 lakh deaths annually. In India, even as 2020 saw a decrease in the incidence of such illnesses, 2021 saw an uptick once again.

But relief has now come in the form of innovation by the Indian Council of Medical Research (ICMR) — a strain of bacteria that can kill mosquitoes.

Developed by the Vector Control Research Centre (VCRC) arm of the ICMR, this innovation has found a novel way of reducing the spread of malaria and dengue while being eco-friendly. The technology, which is the Bacillus thuringiensis israelensis (Bti strain VCRC B-17), kills mosquitoes without having any effect on other animals.

Elaborating on the technology, Dr Ashwani Kumar, director of ICMR’s Vector Control Research Centre, said to ANI, “The uniqueness is that it kills only mosquito and blackfly larvae and harms no other insects, aquatic fauna, or mammals. VCRC’s Bti technology is equivalent to the WHO standard strain of bacteria in terms of its effectiveness. Our Bti B-17 strain is extensively tested and is now designated as the Indian Standard strain by the Central Insecticide Board of India. So far, this technology has been licensed to 21 companies.”

Bti contains a toxin that, when ingested by a mosquito, will be released in its gut. In a matter of minutes, the gut will be destroyed.

Up until now, chemical insecticides were the choice for dealing with these tiny predators. Along with being harmful to the soil and land, these contain organophosphates, which pose a problem to the nervous system of humans. Moreover, experts have been worried for some time now about how efficacious these insecticides are.

Dr Kumar expressed her concerns about this. “Apart from environmental health-related concerns, the development of resistance to chemical insecticides in mosquitoes and blackflies is a major impediment to their control and the diseases transmitted by these vectors. Hence in recent times, the focus has been shifted to the use of biocontrol agents such as Bti.”

India now plans to use this technology as a weapon against the attacks by mosquitoes, which act as precursors for deadly diseases.

The bacterial technology has a dual vantage, as it is eco-friendly and efficient in its target. The homegrown innovation will enable the country to maximise its resources while dealing with the menace of mosquitoes.

Once commercialised, the technology may just be your reason to open the windows and let in the fresh air at night without worrying about being bitten.

ICMR develops tech to kill mosquitos by Priyanka Sharma for LiveMint, Published on 12 July 2022.
Data: Number of cases of ‘Vector-Borne Diseases’ increase in 2021 after a fall in 2020 by Bharath Kancharla, Published on 17 December 2021.