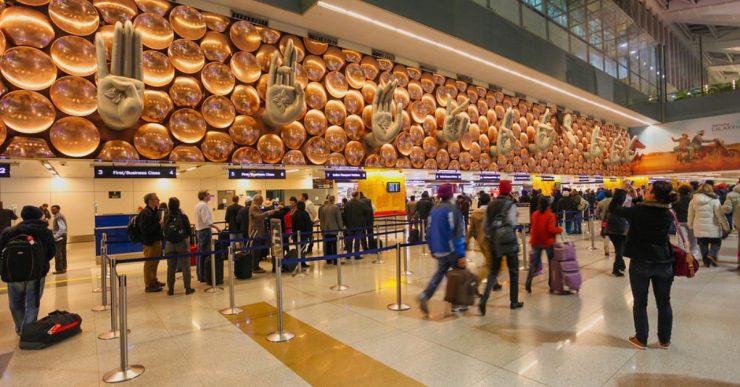 The Indira Gandhi International Airport has become the first in India to run completely on solar and hydropower. This is a step toward the Airport’s goal of becoming a Net-zero carbon emission Airport by 2030.

The old solar power panels in the airport were providing around 6 per cent of the electricity requirement of the airport. Now, the Delhi International Airport Limited (DIAL), a GMR Infrastructure Limited-led consortium, has signed a long-term power purchase agreement (PPA) with a Himachal Pradesh-based hydropower producing company for the supply of hydroelectricity for the airport until 2036. This will provide for the remaining 94 per cent energy requirement and has been in action since June 1.

As per a PTI report, DIAL said that switching over to these renewable sources of energy will help it reduce 2,00,000 tonnes of carbon emissions.

#DEL is India’s first airport to run entirely on hydro and solar power. A major milestone towards becoming a Net Zero Carbon Emission Airport by 2030.

“DIAL has been working relentlessly towards environmental sustainability and has set its target to make Delhi Airport a Net Zero Carbon Emission airport by 2030, way ahead of the global target of 2050. To achieve this, DIAL has adopted a Green Transportation program recently and now we achieved another milestone of the Green Energy Program for IGIA,” said DIAL CEO Videh Kumar Jaipuriar to PTI.

1. It has an electric vehicle (EV) charging facility, Sewage Treatment Plant (STP), Water Treatment Plant (WTP), energy-efficient lighting systems and advanced fuel hydrant systems.
2. DIAL introduced TaxiBots at the airport in 2019. TaxiBot is a semi-robotic vehicle used to taxi a plane to the runway. It helps in reducing the aviation turbine fuel used by aircraft during taxiing.
3. The airport has a Green Transportation programme and has started adopting EVs and slowly moving out of petrol and diesel-run vehicles.
4. The airport is working on becoming a single-use plastic-free one.
5. It became the first carbon-neutral airport in the Asia Pacific region in 2016.