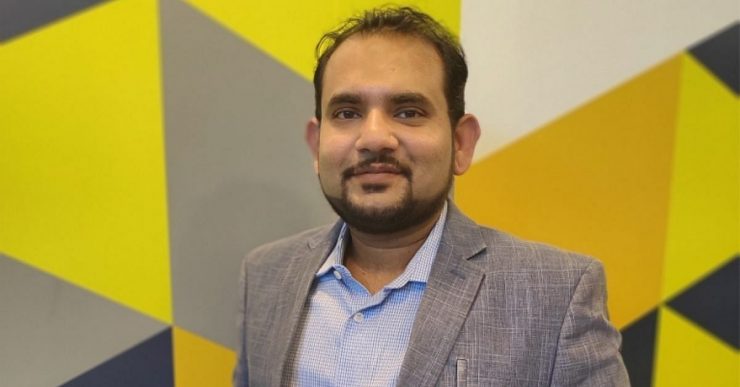 The International Energy Agency (IEA) predicts that by 2050, the global demand for space cooling will increase by three times. This is true, especially in countries like India, Indonesia and China. According to IEA, India will account for a third of all AC sales in the coming decades.

As India’s temperatures exceed 40 degrees (March 2022 was the country’s hottest since 1901), more and more people will turn to cooling devices like ACs, which release more hydrofluorocarbon refrigerants (HFCs), a major contributor to global heating, into the atmosphere.

For the uninitiated, ACs are similar to refrigerators except the former will soak heat and dump it outdoors instead of storing it at the back of the unit (like refrigerators do).

To ensure that people get cooling air to protect themselves from heat waves without putting a load on the overall energy consumption, we need to look at more energy-efficient alternatives besides tackling the global environmental crisis with mindful sustainable choices and lifestyle patterns.

Agra-based Ashutosh Verma’s Exalta is one such company, which provides a sustainable alternative through solar power ACs. He claims that his units can save up to 80% electricity and have a shelf life of 25 years.

“With our solar ACs, users are expected to save approximately 600 units of electricity per month, which can reduce their electricity bills by Rs 5,500, which is a significant reduction in comparison to the normal ACs,” he says.

A data scientist by profession, Ashutosh came up with his first solar AC way back in 2009, but it was only after a few years that he made the sales.

“Every month, we sell 300-500 solar ACs across the world including in countries like Dubai, Oman, Nigeria and more,” Ashutosh tells The Better India. Till date, Exalta has sold 5000 units.

While his solar AC has gotten him revenues worth crores, and he is helping people save money while unburdening the environment, is it any different from a conventional unit?

“Not only do solar air conditioners help preserve resources and cause less damage to the environment, but they are also cheaper in comparison to conventional ACs. When we switch on the button of our conventional AC, we are not even aware of the number of greenhouse gases that are produced. In the case of a solar AC, we do not have to think about that as this type of AC takes energy from a heat source and functions just like a regular AC,” he says.

For children growing up in the ‘80s and ‘90s, bringing an AC at home was a matter of celebration and pride. The Verma household was no different. They would use every unit of AC judiciously. Putting the unit on for over an hour was frowned upon and he was always told to save energy.

“The idea of solar ACs did not come to me overnight. When I had set my head straight that I wanted to fix this issue and have an air conditioner in my house without worrying about the bill, that is when I started studying more about it. Having a passion for research, I came up with this answer to my question, and that is when I knew that I wanted to build solar air conditioners,” says Ashutosh, who completed his education in M-Tech and worked in companies before starting Exalta.

Once he had saved enough money, he started the company with an investment of Rs 8 lakhs in Agra. For the next couple of years, he looked for investors but to no avail. He had to take a loan to start the operations in 2011. He later incubated his company at SIIC (Start-up Incubation and Innovation Centre) of IIT Kanpur.

Initially, there were no takers for solar ACs, so Ashutosh would himself visit the offices of distributors and install the units for free. He would ask them for the payments only after the units were functioning fine without any issues. This kind of marketing worked, and soon, he was not only receiving timely payments, but also new orders.

But other challenges, such as finding premium quality material for solar panels, awaited him.

“Traditional silicone-based panels might result in increased costs and decreased efficiency. Aside from that, better storage and transmission are required. Political pressure and government policy are also a source of difficulty. There’s also the issue of ageing infrastructure. The initial cost is significant; the sun isn’t always there, they take up more space, and determining the appropriate amount of investment is difficult in the beginning,” he says.

Exalta is now working on making batteries for off-grid gadgets with more battery capacity so that they don’t need to be charged all the time or be exposed to the sun.

It also has a wide range of solar ACs starting costing around Rs 45,000. All the parts of AC are manufactured in India except the indoor unit, which is imported from Thailand. On purchasing the unit, one has to install six 320-watt panels on the rooftop of residential or commercial buildings.

“Our future plans include developing more eco-friendly products that are as efficient as the other ones available in the market. We focus on making India’s renewable energy products a standard in the industry. We are concentrating on creating an e-commerce platform for all types of electronic products, including ours. Most importantly, we are planning to make hydrogen-based products which are considered one of the cleanest fuels for the future, like hydrogen choola, engines, etc,” he adds.