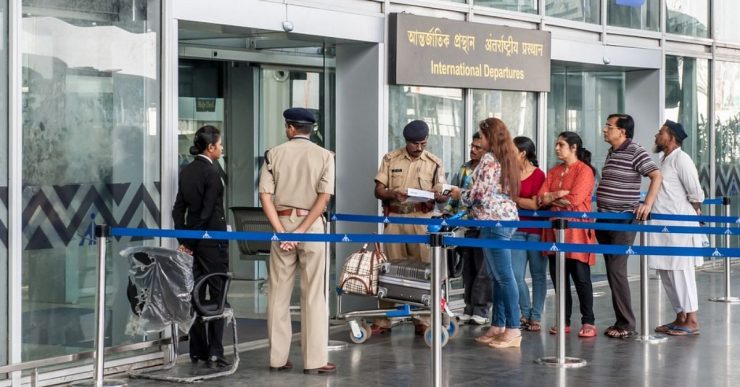 A consumer court in Chandigarh recently directed an Indian travel company to refund Rs 39,000 to a customer whose flight was cancelled without any prior notice.

The case, filed by Rajat Sharma from Chandigarh, came to light when the State Consumer Disputes Redressal Commission upheld the verdict of a district consumer court that the company pay the complainant Rs 39,000 as refund.

Rajat and his family booked two-way (roundtrip) flight tickets to travel from Chandigarh to Bagdogra and back in March 2019 through the booking platform. “He stated that the said booking was confirmed after a payment of Rs 51,688,” reported The Indian Express.

Though the complainant and his family flew to Bagdogra, their return flight to Chandigarh was cancelled without any prior notification or without providing any explanation on the same. “The complainant thus booked another flight for himself and his family, which cost him Rs 36,469,” an India Times report stated.
After several failed attempts of seeking refund, the complainant sent a legal notice to the company, but claimed that the platform shifted blame to Jet Airways for the cancellation.

Responding to the notice, the company said that while booking the flight tickets, the complainant had agreed to their terms and conditions, pointing out if a flight gets cancelled, the airline company is responsible. They also mentioned the guidelines issued by the Directorate General of Civil Aviation (DGCA) that says that the airline should either provide an alternate flight as acceptable by the customer, or provide them with compensation in addition to the full refund.

According to The Indian Express, “[The company] said that it had initiated a refund on behalf of Rajat Sharma, which it had forwarded to Jet Airways, and added that the company was then responsible to respond to the complainant’s requests.”
But this case was different for a reason that held the booking platform responsible for the customer’s woe.

Jet Airways was defunct at that time and was under insolvency proceedings before the National Company Law Tribunal, Mumbai Bench. Thus, the District Consumer Commission asked the company to pay Rs 29,080 (the ticket cost) and an amount of Rs 10,000 as compensation to the complainant.

Following this, the travel company appealed against the district commission’s order to the State Consumer Commission.
After hearing the case, the Commission observed that the platform was at fault as they failed to provide its services to a customer, even after charging a convenience fee. The commission also noted that the platform was aware about the ongoing insolvency proceedings of Jet Airways, but still failed to handle the situation.

The state panel cancelled the appeal and upheld the district commission’s order.

In cases where a passenger’s flight is cancelled, the DGCA guidelines provide recourse as follows:

For more details on flight cancellation or delay, you may refer to the new set of guidelines by the Ministry of Civil Aviation here.

Consumer forum asks Make My Trip to pay Rs 39,000 to man for cancelled flight, by The Indian Express; published on 29 June 2022.