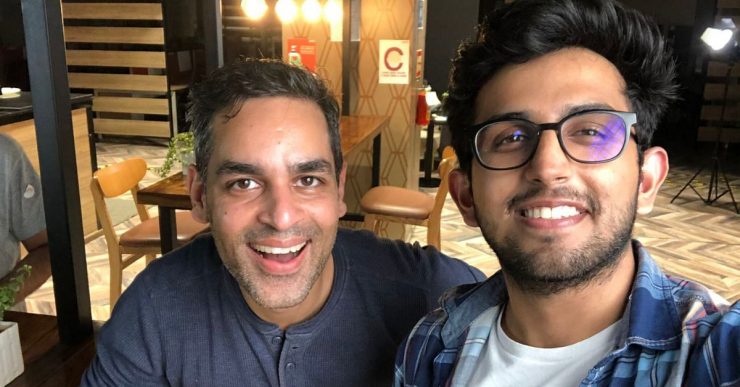 Hailing from a small town in Haryana, Ayush Wadhwa always dreamed big. From a very young age, he found his interest in technology and video content creation and was very much determined to pursue a career in doing what he loved. At the age of 13, he stepped into the world of content creation with a technology blog and a YouTube channel.

Now a known name in the digital content creation space, Owled Media clocked crores in revenue within a year after its launch in 2020. But for Ayush, the journey toward clinching his dreams and being successful wasn’t that easy.

Though the post talked about his career, it credited Ankur Warikoo, a noted serial entrepreneur, author and public speaker, for his success.
The post begins with the story of how the mentor-mentee relationship started through a cold email that he sent at 4 am.

“I felt directionless — a jack of all trades but master of none,” wrote the engineering graduate from BITS Pilani. Ayush notes that it was a time when his first agency failed and freelancing projects were also few and far between. Though he was doing a lot of work like editing videos, shooting, selling info-products, and conducting workshops, he says that none of it worked out.

He felt the need for a mentor and realised that there is no better person than Ankur. “He was perfectly sitting at the intersection of content and entrepreneurship,” he wrote.

His email to Ankur was a proposal to add value to his work by helping him with what he was good at.

Ankur was quick to respond within a few hours. Finally, after a few discussions and a zoom call, Ayush got his first client. “A deal to produce all of his courses for him. The project was pretty huge for me at the time!”

He added, “I have worked with actors who take an entire day to shoot a 5-minute video. But, here was this man – so professional, uplifting, encouraging that he used to record a 60min course in 75-80 min.”

He also recalled what Ankur said to him once — “Your passion for your skills moves me.”

“This sentence was enough to bring direction to my life,” Ayush wrote.

He continues by reminiscing the times when he got to have lunch with Ankur and how those six to seven days of working with him gave him all the motivation he lacked in life.

He concludes the note by saying that his experience with Ankur instilled enough confidence to approach and bag deals with big brands like CRED or Unacademy. “It’s about the deal called DIRECTION- direction that a 20-year-something lost guy desperately needed,” he concluded.

Owled Media was completely bootstrapped by Ayush and was started with his savings from freelancing work. They have so far worked with over 30 brands and have created over 100 videos.

“We do everything, from producing the first batch of client videos and AR libraries – shooting, editing, sound design, and animations – to making the website and business development to bring the best of brands on board. Without any prior connections, it’s been a crazy journey,” said Ayush in an interview with YourStory.

Meet the BITS Pilani engineer who built a video content startup from Rohtak, by Sindhu Kashyaap; published by YourStory on 11 June 2022.

Ayush Wadhwa: A Filmmaker-Entrepreneur Who Carved a Niche for Himself in the Digital Space, by Urvashi Bhardwaj; published by Entrepreneurs Today on 12 October 2021.