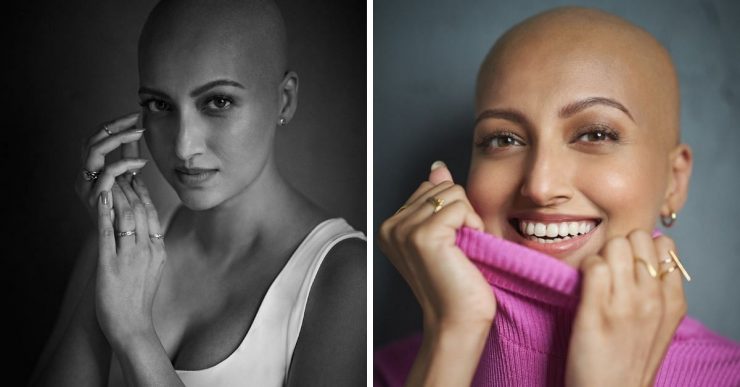 Hamsa Nandini, a renowned actor, model and dancer from Telugu cinema has disclosed her battle with breast cancer on social media. She posted about it on her Facebook, Instagram and Twitter accounts in which she penned her story poignantly.

Hamsa was diagnosed with Grade III Invasive Carcinoma (breast cancer) four months ago. Since she lost her mother 18 years ago due to the same disease, the actress was familiar with its symptoms. The 37-year-old shared that she was always scared and has lived under the “dark shadow” of this “dreadful disease” ever since she lost her mother.

In the post, she notes that she found a tiny lump under her breast. “That very moment I knew my life was never going to be the same,” she wrote. She then explained how she quickly went to a mammography clinic and took a biopsy right away. “The biopsy confirmed all my fears and I was diagnosed with a Grade III Invasive Carcinoma (Breast Cancer),” wrote Hamsa.

“After a plethora of scans and tests, I walked bravely into the Operation Theatre where my tumour was removed.” Due to her quick action, Hamsa was able to catch it early enough to stop the spreading, which was in her words, “a silver lining”.

But the relief didn’t last long as the young actress tested positive for BRCA1 (Hereditary Breast Cancer). “This means that I have a genetic mutation that almost guarantees that I would have a 70 per cent chance of another Breast Cancer and a 45 per cent chance of Ovarian Cancer throughout my life,” she explained. Hamsa will need to undergo many extensive prophylactic surgeries to terminate the disease completely.

The actress’ sudden disappearance from the industry has been noted by film buffs. Her last film was Pantham (2018). The Pune-native has appeared in more than 10 Telugu films.

She ends her note by thanking all her well-wishers. “To you all, I would like to say a big thank you for your love and concern which has kept me going through this ordeal. I assure you that I am under the care of an exceptional team of doctors. This along with the unbridled support of my family, friends and film fraternity, I am putting up a spirited fight with a dense dose of positivity and gratitude.”

On World Cancer Day (4 February 2022), Hamsa’s courageous fight with the disease is generating hope for the masses. Her opening note needs to be spread far and wide. She wrote, “No matter what life throws at me, no matter how unfair it may seem, I refuse to play the victim. I refuse to be ruled by fear, pessimism, and negativity. I refuse to quit. With courage and love, I will push forward.”