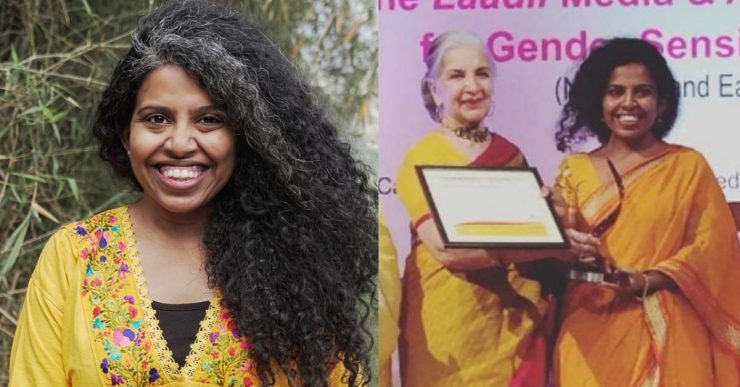 The night before India went into its first lockdown in 2020, 24-year-old Poornima (name changed) received alarming news — she was pregnant.

The very next day, stepping out of her home was not an option. Billions across the nation had locked themselves in, which meant that no public transport or private cabs were plying. “Pharmacies and clinics alike were flooded with only COVID patients,” she recalls. “They weren’t even looking at you if you didn’t have a corona-related concern.”

“I finally got a prescription from a doctor friend for a pill, but when I went to the pharmacy, no one was willing to give me the medication,” Poornima explains.

The only way luck was on her side was that her pregnancy was 42 days old, which meant that she could terminate it orally rather than through a procedure. “I had to walk around,” she recalls. “Kilometres upon kilometres. So many pharmacies shooed us away. I was in a relatively conservative area of Hyderabad, so I had a tougher time.”

Even finding a doctor willing to abort was difficult. “They were only taking cash because they didn’t want it on paper that they had helped an unmarried woman with an abortion,” she says.

When Poornima finally found a doctor, she thought things would begin looking up. What she found instead was an experience that left her numb.

“I know abortion is legal in India, but the way she performed the procedure was very shady. She didn’t even write a prescription. I took four pills and after giving her cash, she told me I’d get my period in the evening.”

During the check-up, the terrified woman also found herself at the end of brutal jabs and physical mishandling at the hands of nurses, she says. “One of them looked at me and said something about ‘Kids these days…’ My mental health was in shambles by that point. Even the doctor said, ‘You’re a journalist, how can you be so stupid?’”

“They had even refused to carry out the procedure unless I got a ‘blood relative’ along, which was not an option for me. They asked me ‘Are you sure you want to kill the baby? Where are your motherly instincts?’”

‘All that mattered was that I was a single woman.’

“The way doctors and nurses like these treat unmarried women is so wrong. I thought I would be relieved once the procedure was done, but I felt nothing. I was denied aftercare and follow-ups due to COVID, and the pain from the process took a massive toll on me,” she laments. “I was helpless.”

Unfortunately, Poornima is not alone in undergoing these harrowing situations. Despite the legality of abortion, the procedure is heavily shrouded in stigma and taboo, and the pandemic has only made its accessibility worse. Bring these factors together and you get a staggering statistic — unsafe abortions constitute 10 per cent of maternal mortality in India.

Moreover, beyond the termination of pregnancy, even simple health check-ups with the local gynaecologist can be a harrowing experience for Indian women.

Similar was the case of Delhi-based lawyer Jasmine George, who recalls that a regular check-up left her appalled.

Before she began her collective Hidden Pockets to map Indian cities and inform women about safe spaces and accessible services across their areas, she faced first-hand the barriers that women must face to access ethical healthcare.

“This was some time in 2015. I was a single woman, and the way [the doctor] treated me was quite bad, I was shocked,” Jasmine recalls in a conversation with The Better India. “I tried to use my knowledge of the law to explain that she couldn’t treat a patient that way, but she just gave it back to me. All that mattered at that moment was that I was a single woman. I was quite humiliated after the session.”

This pushed Jasmine to ask the question — was this more commonplace than she thought? “Until it happens to you, it doesn’t strike you hard,” she notes. “I spoke to some friends about it, who only told me that I didn’t even know the half of it. ‘You’re in Delhi, you’re very lucky,’ they said.”

This sowed the first seeds of Hidden Pockets, a collective and startup the lawyer founded in 2015.

Hidden Pockets works to spread awareness and education surrounding sexual and reproductive health rights (SRHR) across India through workshops, campaigns, and a WhatsApp-based care chat. The team reaches out to thousands across Indian cities to help them avail accessible healthcare rights like safe abortions.

What is, truly, women’s safety?

Jasmine’s visit to the gynaecologist took place around three years after the 2012 Delhi gang rape when the horrifying details of the case had wracked the entire nation.

At the time, Jasmine and her fellow lawyers were evaluating and discussing measures around women’s safety. “I definitely did not believe that just passing a law would solve the problem. We needed to find a way to make cities safer for women,” she notes.

She wanted to move above and beyond “easy approaches”, she says, and these experiences would trigger the inception of the Hidden Pockets collective.

It began as a mapping project, she explains, to identify judgement-free abortion and other healthcare facilities. In 2016, it was officially registered in Bengaluru, and over the years, spread to Kochi, Kolkata, Ahmedabad, and Jaipur.

With a small team, she began auditing and mapping “pleasure pockets”, or public spaces where women enjoyed spending time and felt safe. This then expanded to searching for clinics and other healthcare services. “We just walked around these cities to do this,” she says.

Having collaborated already with organisations and individuals who worked in the SRHR space made her want to include accessible abortions in her initiative as well. “Until a woman can control the most private aspects of her life, she is not truly safe,” she explains, adding that she also began some policy work in this respect.

“Hidden Pockets is very focussed around public health and how it can be improved,” Jasmine says. “We would try to integrate and amend these gaps in public policy. The passing of a law does not change anything — you need budgeting, you need awareness, you need implementation schemes…So we lobby for these changes, we even take them to the UN.”

After mapping around eight cities, auditing got tougher, she says. “Ours was a volunteer project based solely on passion. But passion has an expiry date,” she laughs.

With a wish to focus more on education and change women’s relationships with cities, Hidden Pockets began engaging more in community work. They began creating audio and video content through podcasts, and videos like Pinky Kare Sawaal, a viral and quirky song that tried to normalise and lighten up conversations around abortion, which is otherwise deemed something too serious to even discuss.

“We wanted to say that sometimes, these are just choices and decisions that do not have to be as grave as we think they are. It was about changing the narrative,” she says.

Meanwhile, the original mapping project turned into the startup Vipasyin, an online care chat and an extensive compendium of all possible details relating to sexual health. The website has detailed articles to learn more about menstruation, sexual health, pregnancy and safe sex, abortion, mental health, and a section to share and read personal stories of women.

Under the ‘abortion’ section, readers can find out not only what clinics are available in cities like Mallapuram, Kottayam, Puducherry, Nagpur, Shillong, and Raipur (to name a few), but also learn what the procedure will entail, what their legal rights are in the matter, and self-care tips.

The WhatsApp-based care chat has built a robust network of trained counsellors, volunteers, and professionals across India, and offers services in Hindi, English, and Malayalam.

“We have partnered with clinics as well,” Jasmine notes. “To be honest, people from metropolitan cities constitute a very small number of our queries. Most are from smaller towns, where there’s no Practo and the like. Moreover, in bigger cities, there’s a sense of confidence with which some women can approach these services. This is not the case for other cities in India.”

The chat sees about 300-400 queries a month from across India, including Kochi, Bhubaneswar, Kohima, Patiala, Srinagar, Lakshadweep, and more, she says. “We are bootstrapped right now, and the team is very small. We want to scale up, but we’re figuring out a better model.”

“We don’t just send them to the doctor. We talk to them and hear them out. Most cannot go to anyone else for help. We provide counselling, answer their questions, and then give our advice,” she adds.

Jasmine says that when you’re in that much turmoil and anxiety over a situation you know nothing or very little about, sound judgement is often impeded. “Vipasyin means ‘to see clearly’, and that’s exactly what we want people to do,” she says. “We also get queries from men, and we don’t just talk about healthcare. Conversations around healthy relationships, consensual sex…there’s a lot we cover.”

A clear vision for women’s rights

Jasmine also finds that many people are not even aware that abortion is legal in India.

She points to the Medical Termination of Pregnancy (Amendment) Act 2021 and says that while the law is good and progressive, it is based more on the ideas of population control than it is on upholding a woman’s right to choose.

This sentiment is echoed by feminists across India, who say that even the formulation of the predecessor, the MTP Act of 1971, began amid soaring concerns surrounding a booming population in a newly-independent nation. A fact-finding report also stated that during the formulation of the Act, “Parliamentary debates….reveal that legislators were concerned that a ‘liberal’ abortion law would promote sexual promiscuity amongst women.”

Jasmine, along with lawyers across India, is continuously working to amend these gaps in the legal framework. “Even though the law specifies that women do not need a reason for abortion, you can’t just walk into any facility to avail of the service. So abortion is not a right here, it’s a service.”

Rupsa Mallik, former programme director of feminist humans right organisation CREA, collaborated with Hidden Pockets for a helpline they were running for safe abortions a few years prior. She says, “I’ve known Jasmine since before she started Hidden Pockets, and she thought, very early on, about setting up an institution to deal with a systemic problem such as this. In a few years only, she has been able to position Hidden Pockets very well.”

Mallik adds, “She’s trying to reach out to very young people and taking on a very big issue. It’s a practical approach and each aspect of the mapping and outreach matters. Over the years, she has also pushed to integrate her work into advocacy spaces to take something very local to a global level,” she opines. “Hidden Pockets envisions their work in a very multi-faceted way.”

Jasmine says that her work has always been driven completely by passion. “I am a firm supporter of India’s feminist movement, and the inter-generational knowledge I have received from my seniors has always been very important to me,” she says. “I just always knew that I didn’t want to fight for what I believed in courts — I wanted to do it on the ground.”

“While I was in law school, I always felt there was a level of disconnect from the real world. I cherish that I could club law and equitable healthcare — two loves of my life — the way I did. I could create something that is more accessible, and more conducive to solving a problem. We have integrated tech and our startup with these issues, and the progress has been gradual.”

She laughs, “People are often unable to understand what exactly I do, what my vision is. But I have more clarity than ever.”

‘India’s abortion law seems liberal but is driven by a population control logic – not women’s rights’: Written by Mytheli Sreenivas for Scroll.in, Published on 29 July 2022.