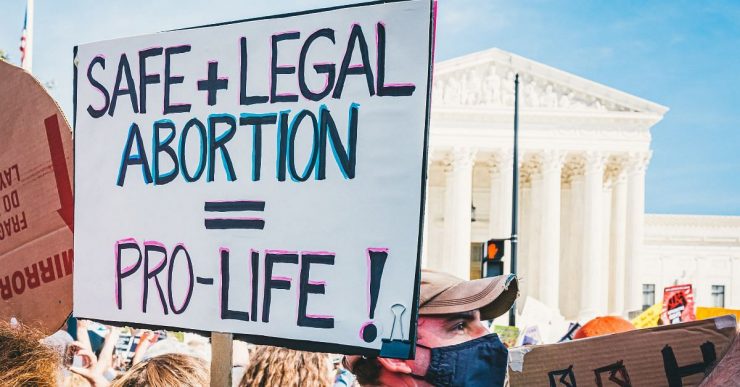 On Friday, June 24, the United States Supreme Court overturned the landmark Roe v. Wade judgement, which had protected the rights of women across the country to access safe abortions for the last 50 years. With this, millions across the US now lose their right to choose and get abortions.

Massive protests broke out across the country after the ruling, with many leaders, including President Joe Biden, criticising the decision and calling it a “tragic error, cruel”, and saying it takes America back 150 years.

According to Firstpost, this was done on the basis of a report submitted by the Shantilal Shah Committee.

The MTP Act was amended in 2021, wherein the gestation period for abortions was increased from 20 to 24 weeks for rape survivors, victims of incest, minors, and the disabled. As per the amendment, there is no upper limit for abortion if the foetus has substantial abnormalities. These have to be certified by a Medical Board.

While the amendments are a step forward, the law still fails to provide full rights to women. As Suchitra Dalvie, gynaecologist and coordinator for Asia Safe Abortion Partnership (ASAP), a pan-Asia network for safe abortion advocacy, told IndiaSpend, “To me, the provisions (of MTP Amendment Act 2021) are progressive in a paternalistic, victimhood kind of way.”

Moreover, even with conducive laws, accessibility to abortion is a major issue in India.

In light of this devastating blow to abortion rights, people are going to talk a lot about India’s seemingly progressive abortion law. But how progressive it is really? How many people can actually access safe and legal abortions? A thread.

As per a report by The Wire, India has one government doctor for every 10,189 people, and there is a severe shortage of qualified medical professionals, which puts a burden on how easily and safely a woman can get an abortion. Added to this is the social stigma surrounding the act.

Even with these gaps and such stringent laws, there have been instances where the Indian Judiciary has upheld a woman’s right to choose in several instances.

Here are five landmark judgements that show how:

As per Live Law, the Division Bench observed that the “right to make reproductive choices is a facet of personal liberty under Article 21. The said choice would extend to deciding whether or not to carry her pregnancy to its full term.”

A 36-year-old pregnant woman was permitted to terminate her pregnancy after 35 weeks, as the child would be born with a spine condition.

The medical board of the SSKM Hospital stated that the child had a poor chance of surviving or enjoying a normal life, according to SheThePeople.

The judge stated, “Considering the entire gamut of facts and circumstances, this court permits the petitioner to medically terminate her pregnancy at an authorised hospital and/or medical facility.”

The Karnataka High Court permitted a rape survivor, who was a minor at the time of the crime, to get an abortion after crossing the 24-week period mandated by law. The Dharwad Bench allowed the girl to get an abortion considering various factors, including the fact that she was being raised by a single mother, and was still studying at the time.

The High Court held that the 16-year-old had the right to terminate her pregnancy on the ground of rape.

The Medical Board had said that as was more than 24 weeks pregnant, an abortion could cause ‘substantial risk’ to the petitioner, as per News 9.

The single-judge bench held that, “Right to life means something more than survival or animal existence. It would include the right to live with human dignity.”

In the case of a 10-year-old pregnant girl who was allegedly raped by her father, the Kerala High Court allowed the termination at 31 weeks. The girl’s mother had moved the petition.

“The alleged culprit is her own father….I am sure that the long arm of our legal system will punish him in a manner known to law. Since the victim child is only 10 years, there is a chance for medical complications to her health,” said the Judge, as per The Indian Express.

As there was an 80% chance of the baby surviving, as per the Medical Board, the court said that if the baby was alive, the state government and Child Welfare Committee should take responsibility.

‘As US Supreme Court scraps Roe vs Wade, a look at how abortion laws have evolved in India’; Published on 25 June 2022 Courtesy Firstpost

‘Roe v. Wade Overruled : What Does Indian Law Say On Abortion?’; by Manu Sebastian for Live Law, Published on 25 June 2022

‘Why Amendments to Medical Termination of Pregnancy Bill Don’t Go Far Enough’; by Devika Nair, Shruti Singhi and Sumati Thusoo for The Wire, Published on 06 April 2021