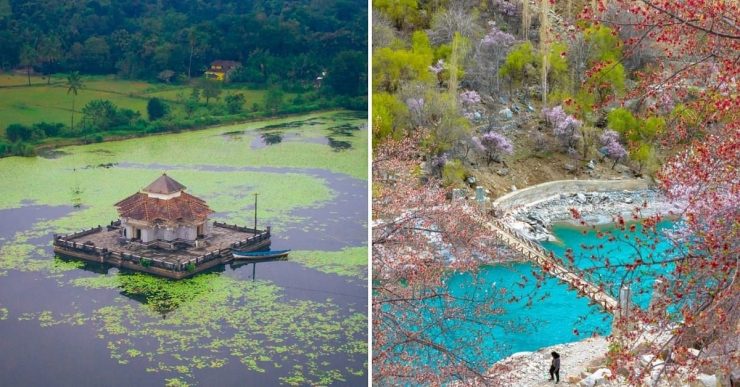 The true essence of India lies in its villages that are untouched by modernity and still hold their simplicity and rustic charm. From Kashmir to Kanyakumari there are several such hidden gems in the country that would make a perfect escape for anyone looking for a break from the bustling city life.

Take a look at some of the most beautiful villages in India: One of the best-kept secrets of Himachal Pradesh, Kalpa is situated in the Kinnaur district. The village set in the Sutlej river valley is known for its stunning scenery, apple orchards, beautiful monasteries, temples and the breath-taking view of the Kinnaur Kailash mountain. 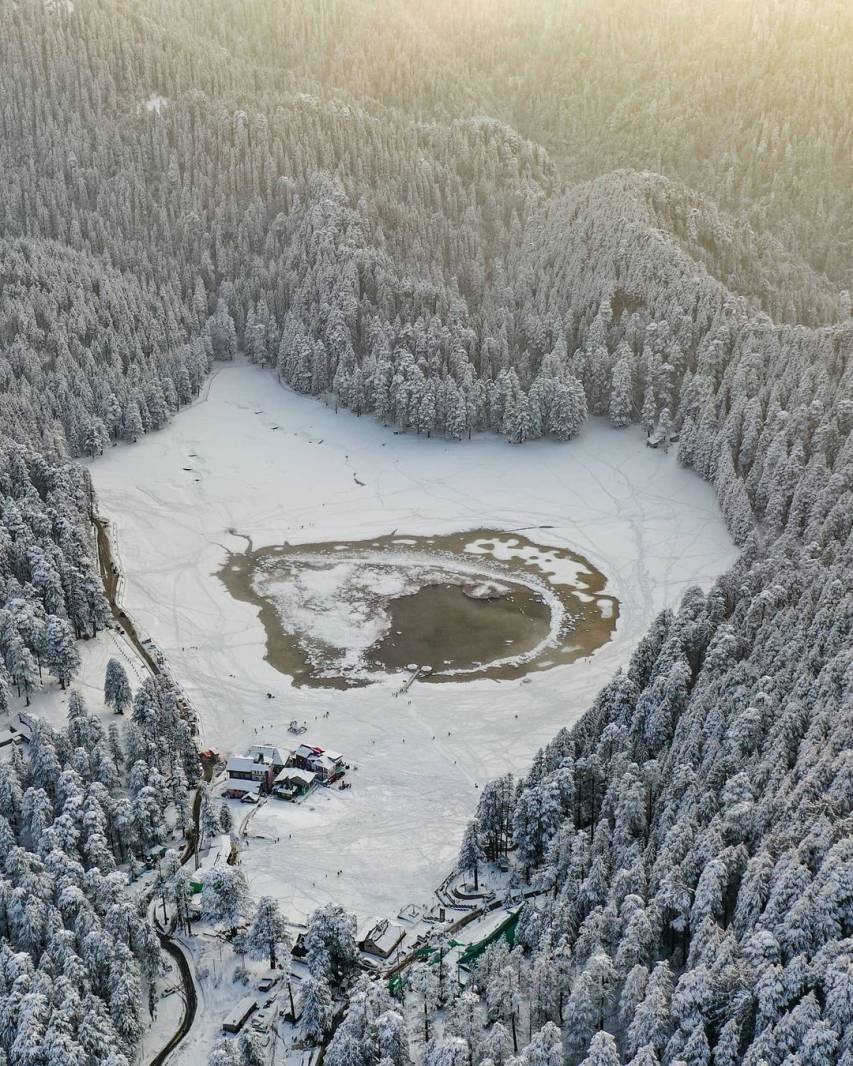 Set in the Champa district of Himachal Pradesh, Khajjiar has often been dubbed the mini Switzerland of India. The picturesque landscapes with the beautiful meadows, lush green deodar forests and snow-clad mountains make Khajjiar a great destination for travellers looking for rejuvenation and peace.

The Khajjiar lake, the Kalatop Wildlife Sanctuary, Khajji Nag temple, and the Kailash village are a few among the long list of tourist spots to be visited in Khajjiar. Also, it houses several picturesque villages like Ladi and Rota — noted for their apple orchards and the amazing view of Mount Kailash.

The cleanest village in Asia (as declared by Discover India magazine in 2003), Mawlynnong is located 90 km from the Shillong city along the India-Bangladesh border. The village which is a tropical paradise with its lush greenery is also known as God’s Own Garden.

It is also hailed for several green initiatives and is considered a model village of community-based eco-tourism initiatives. The village that showcases the diverse topography of Meghalaya is also known for its living root bridges. Situated in Arunachal Pradesh, Ziro is a beautiful valley and one of the oldest areas in the state. It is a hidden gem with picturesque beautiful meadows surrounded by mountains on both sides.

This remote valley is home to the Apatani tribe of Arunachal Pradesh and is known for its paddy cultivation and pisciculture. Also, the Ziro music festival hosted every year, is one of the most noted outdoor festivals in the country. The valley with beautiful lush green forests, terrace paddy fields, fish farms and pine trees houses several small villages. This remote village is situated at an altitude of 7,800 ft, in the upper Garhwal region of the northern state of Uttarakhand in India. Nestled among virgin pine and deodar forests, Kalap overlooks the gorge cut open by the roaring river Supin.

The village has terraced fields of wheat, millets, potatoes and beans and agriculture is the primary occupation followed by sheep and goat rearing. Home to the traditional Garhwali architecture, it offers a beautiful landscape and stunning views of the snow-capped Bandarpunch range. The Aryan valley housing the villages of Dha, Hanu, Garkone and Darchik on both sides of the Indus River offers a pleasant experience with the lovely mountain fresh air and beautiful landscapes. It is also home to the unique Buddhist Dard tribes, whose members are known across the region as Brokpas who are portrayed as the “last pure specimens” of the Aryan race. A small hamlet located at a height of around 10,000 ft on the lower Himalayas, Zuluk is a fast emerging tourist location in East Sikkim. It offers a breath-taking view of the eastern Himalayan mountain range including the Kanchenjunga.

Surrounded by wild forests, the small village has a population of around 700 people and has an Indian army base, which has been used as a transit camp to the Chinese border. A special Inner Line Permit is required to reach Zuluk. Sighting of several animals and birds like deer, Himalayan bear, the red panda, different types of pheasants, Himalayan monal and so on are common in this area.

During the summer months, the area and its surrounding hills are covered with thousands of blooming rhododendron adding a riot of colours to the beautiful landscape. Home to one of the oldest monasteries in the world, Lamayuru is a small village situated at a distance of 127 km from Leh at a height of 3,510 meters. It is believed that Lamayuru was once a lake that then dried up.

The village is popular for its ‘lunar’ landscape and hence is promoted as ‘moonscape’ for tourists due to its incredible yet odd geographical formations. The picturesque and serene hilly village surrounded by lush greenery is set in the Udupi district of Karnataka and is famous for housing historic Jain temples.

The Lake temple set amidst a man-made lake can be accessed only by the means of a boat. With the backdrop of mighty western ghats, the temple at the centre of the lake and a ride on a tiny wooden boat make this place undoubtedly one of the most beautiful offbeat destinations in Karnataka. Hailed as the ‘Rice bowl of Kerala’, Kuttanad is spread across the heart of backwaters in the Alappuzha district. Paddy being the major cultivation, this region is one of the few places in the world where farming is carried out below sea level.

Kuttanad offers a stunning visual treat with its water bodies, lush greenery, dazzling paddy fields and rustic villages. To imbibe the beauty of the region at its best, one could hire a houseboat on the backwaters that would offer a soothing experience while enjoying the amazing view of the countryside and village life.